The Bottom Line: The best book yet about Japan’s relationship break-up industry. 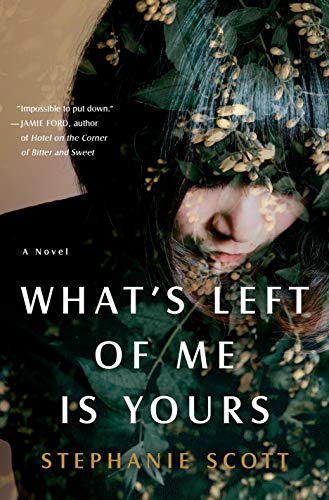 Japan’s “wakaresaseya” (literally “breaker-upper”) industry is hardly new, but few in the west are familiar with the service, which typically involves an agency hired by one spouse to seduce the other in order to gain the advantage in divorce proceedings. In Stephanie Scott’s immaculately research novel, unhappy husband Satō hires Kaitarō, a wakaresaseya agent, to have an affair with his wife, Rina.

He assumes it will be an easy case. But Satō has never truly understood Rina or her desires and Kaitarō’s job is to do exactly that–until he does it too well. While Rina remains ignorant of the circumstances that brought them together, she and Kaitarō fall in a desperate, singular love, setting in motion a series of violent acts that will forever haunt her daughter’s life.

Scott has the makings of a page-turner here, complete with foreshadowing of a murder near the beginning of the book, and a clever amateur sleuth in Rina’s daughter. But Scott is after much more than suspense. She has taken the timeline and reshuffled it like a deck of cards, so that the chapters occur non-linearly and are told from different points of view. While this robs the book of tension in the classic sense, it also creates a lush, dream-like tone that feel like unbridled memories flooding into the mind. Scott also isn’t afraid of sentimentality, as the book serves it up by the bucketful. Readers looking for a window into a hidden world are in for a treat.