The Bottom Line: A delicious romp filled with jaw-dropping nanotechnology, clandestine military projects and a conspiracy that will keep you guessing until the final page. Recommended for both sci-fi and military thriller fans. 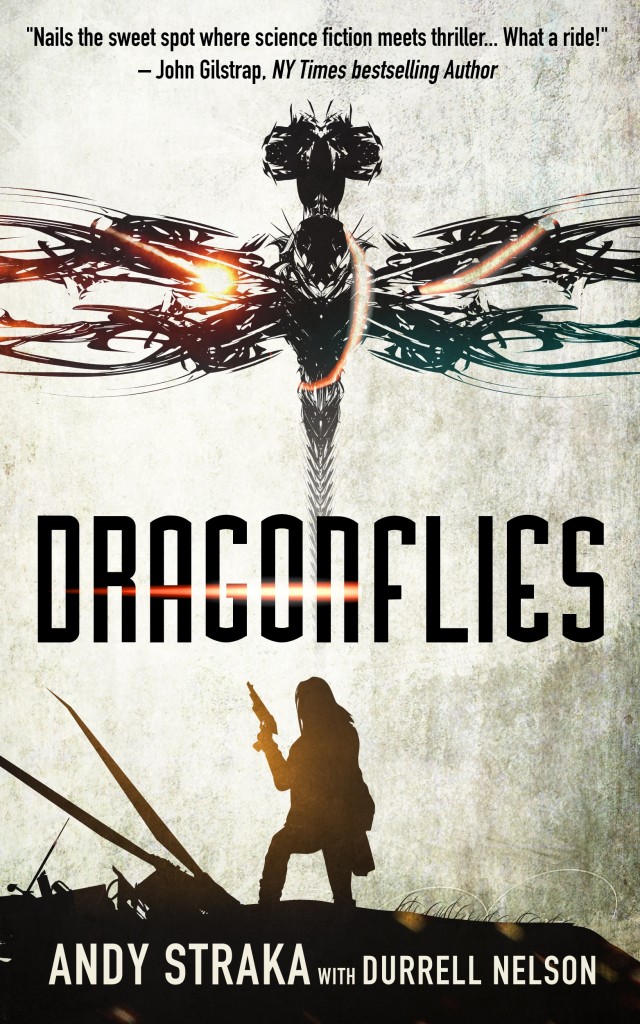 Former Army helicopter pilot and Afghan war vet Raina Sanchez can’t seem to escape her past. How could she? Her dreams are filled with PTSD-driven flashbacks of the night she was shot down over Afghanistan (“Dragonfly 16 is going down. Repeat. Dragonfly 16 going in hard”). She has a prosthetic leg that serves as a constant reminder. And oh, there’s one other thing too: she never stopped flying into enemy territory.

A few things have changed for Raina. For one, “enemy territory” is now a highly secure office building, and the aircraft she now flies is no bigger than a mosquito. When the first part of this two-book series cranks up, Raina specializes in remote UAV piloting, and has been enlisted to help in a sting operation involving a rape coverup.

But things quickly spin out of control when she’s taken by a squad of operatives claiming to be with the Department of Homeland Security. The setup devised by the writing team of Straka & Nelson – which parallels a classic alien abduction scene – is particularly clever, and bristles with a level of anxiety rarely found in sci-fi. After a traumatic kidnapping, Raina is privy to some truly awe-inspiring technology, and is then released back into the world. They’re testing her, of course. But why?

Raina’s ensuing adventure is entertaining, but the important themes tackled by Straka & Nelson are what really set this series apart. While not all the MAV technology described in the book exists today, much of it is starting to. In addition to the endless military applications for MAVs, the companies making them are counting on domestic law enforcement and intelligence agencies to make significant orders. The implications of those trends are addressed within Dragonflies with great sophistication, making this not only a highly entertaining read, but a potentially important one.