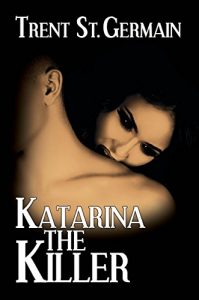 And what will he get for this inconvenience? Eternal life, of course – whether he likes it or not.

Nearly 200 years later, Ted’s son, Ted Jr. (now a demon that goes by the name Conrad) has finally been put to rest by the scandalous Lanehart siblings, as has undead beauty Katrina Castille, courtesy of a bottom-of-the-lake burial.

Entering the fray is Chicago resident Dr. Remy Van Buren, who sets out to Louisiana in search of his missing brother. But with this crew of deviants, he’s likely to find much more than he bargained for.

With Katarina the Killer, St. Germain’s story evolves into a sweaty, tightly written soap opera that successfully creates tension through the complex emotional and physical relationships in the former plantation house. Family infighting, reincarnation, incestuous relationships and sexual deviancy are common themes. There’s a good bit of biting humor as well that comes through in the interactions between characters (typical Katarina dialogue: “Let’s not get into specifics, whore.”) Underneath it all, St. Germain subtly introduces interracial dating and references to archetypes like Gone with the Wind to highlight the decay of the traditional American south.

A Fan of Death and Shakespeare, a Psychological Thriller by Rick Lacey
Digital Velocity, a Steamy Crime Thriller by Reily Garrett