The Bottom Line: A mesmerizing murder mystery that is impossible to put down. 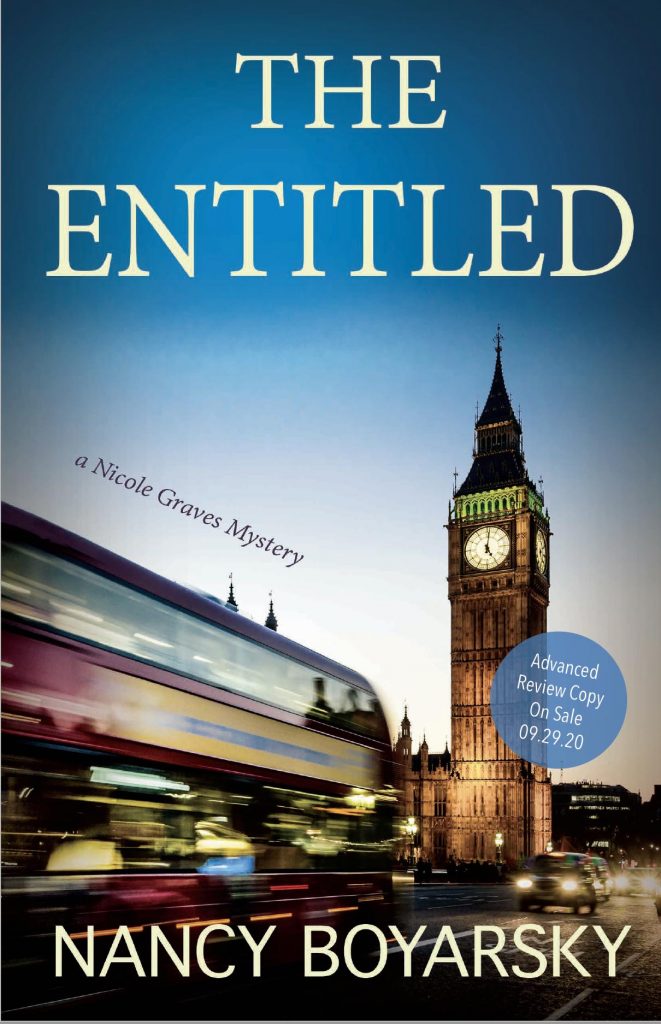 Just weeks into Abigail Fletcher’s study abroad program at King’s College in London, her parents want the 17-year-old high school senior back in Los Angeles. Private investigator Nicole Graves is sent to escort her home. But why?

Almost immediately after meeting Abigail, Nicole’s straightforward plan begins to unravel. The teenager is noncommittal on a departure date, demonstrates resentment toward her adopted parents, and asks Nicole for five hundred pounds in cash to pay someone back. Then she disappears altogether. Soon, local police want to question Abigail about the murder of her ex-boyfriend, Sami.

Told from both Nicole’s and Abigail’s points of view, author Nancy Boyarsky’s tale of an imperiled teenager abroad is deeply absorbing from the get-go. Abigail’s plight represents every parent’s worst nightmare about study abroad programs, and rapid developments in the case cast doubt on whether she’s really the entitled teen Nicole thinks she is.

In Nicole, Boyarsky has created a sleuth that is both immediately likable and also sympathetic. Like Agatha Christie’s Hercule Poirot, Nicole struggles to be taken seriously by local law enforcement. Detective Chief Inspector Alex Norton is territorial, short-sighted and dismissive, while Nicole is marginalized despite her superior intellect and analytical skills. The conflict between the two investigators simmers and crackles throughout.