The Bottom Line: An edge-of-your seat detective thriller that crackles with gore and wit before delivering a stunning knockout blow. Fans of The Silence of the Lambs should flock to Derik Cavignano’s new series debut. 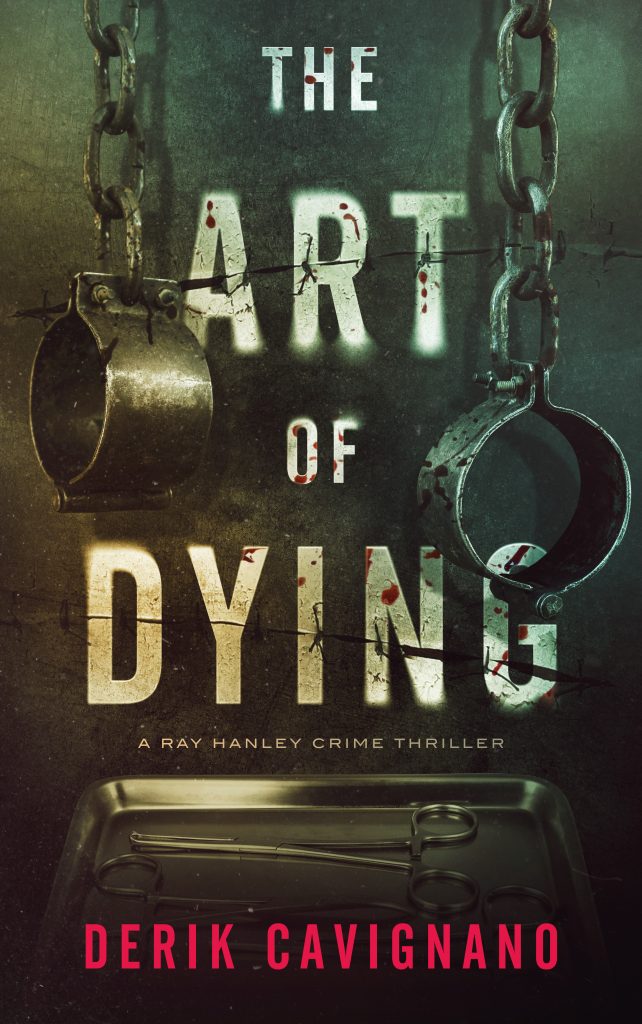 Boston Police Detective Ray Hanley has seen a lot of gory crime scenes in his career, but he’s never seen anything quite like the body of murdered mob soldier Danny the Mule. The victim’s nose has been removed and replaced with his penis. Ray’s partner, Billy Devlin, immediately suspects Sal Giabatti, head of a rival mob gang. But Ray immediately sees what no one else does: that this killing is far too elaborate and creative to be the work of the Giabatti family.

He’s right. The killer, who calls himself the Artist, has many more horrific scenes planned for Ray and his partner. The Artist is every bit as diabolical as literary icon Hannibal Lecter, and far more inspired. He prefers to perform his mutilations while his victims are still alive so they can witness the resulting metamorphosis (favorite chill-inducing line: “Do you recognize my talent now?”).

In Ray, Cavignano has created what every great crime detective series is based upon: a highly charismatic, quick-witted character with great vision and moral authority (favorite line: “I’m always in the mood to slap Jacob.”) While his adversary is extremely formidable,Ray has a good connection in the medical examiner’s office: ex-girlfriend, Tina Bolton. While Tina and Ray’s relationship is prickly at times, nothing gets by the brilliant examiner – like the plaster of Paris found in the throat of one of the victims.

Together with Tina, Billy and brother Jacob – the hero from Cavignano’s wildly entertaining novel, The Righteous and the Wicked – the hunt for the Artist is an enormously satisfying game of chess on the harrowing streets of Boston. Highly recommended.