The Bottom Line: Deadpool fans will adore this superhero thriller. Thrash deftly combines dark comedy and dystopian sci-fi to create one of the most original stories of the year. 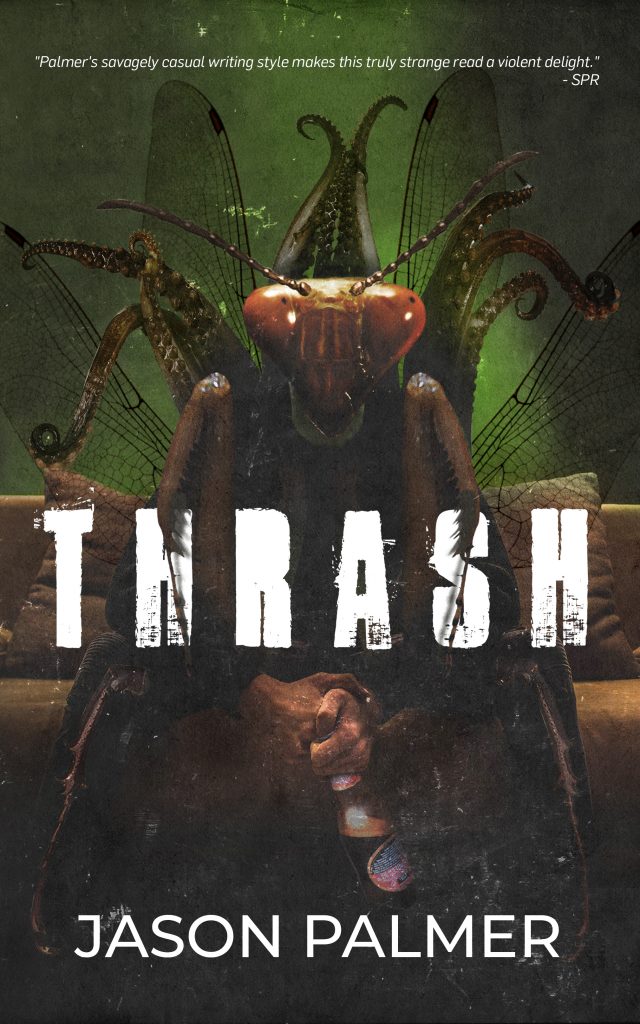 Thirty-five-year-old shapeshifter Harry McComber remembers the good old days, when a universally adored superhero named Enduro helped people. For his many acts of saving grace, Enduro was awarded the Nobel Peace Prize and the Congressional medal of Honor, while kids loved him like Santa Claus. But all that changed when Enduro renounced his “slave name” – he goes by Brian Thurgold now – and devolved into an evil, unstoppable super villain whose temper tantrums lead him to pull the wings off planes and demolish monuments.

Thrash begins three weeks into Harry’s recovery after suffering a terrible beating by Thurgold. Suffering from cabin fever and far from fully recovered, Harry finds himself out of booze. He also knows that leaving the apartment could prove fatal. Like ants waging war with humans, the military engages in regular, futile skirmishes with Thurgold, turning the city into a war zone. But when the TV goes out, which has been his lone companion, Harry is unable to help himself. He dons a mask and sneaks over to the neighborhood bar, a fateful journey that sets an enthralling rollercoaster in motion.

Palmer, author of masterfully crafted prison thriller The Big Guy, has created one of the most sympathetic and vulnerable superheroes in literature. While Harry’s animosity toward “The Institute” that made him covers some familiar ground, the psychological struggle he endures as to whether to accept their desperate pleas to return are highly original, ratcheting the tension into the stratosphere. There’s also a palpable sense of loneliness and misplaced guilt as Harry is alone with the knowledge that violence will continue to plague the city until he indulges Thurgold’s pleas for them to “play” together again.

Told from Harry’s perspective in chapters that progressively peel away the mystery of The Institute’s programs, Thrash is a novel that superhero fans won’t be able to put down.