The Bottom Line: A fresh and timely take on the serial killer thriller that feels nearly as startling as American Psycho did decades ago. 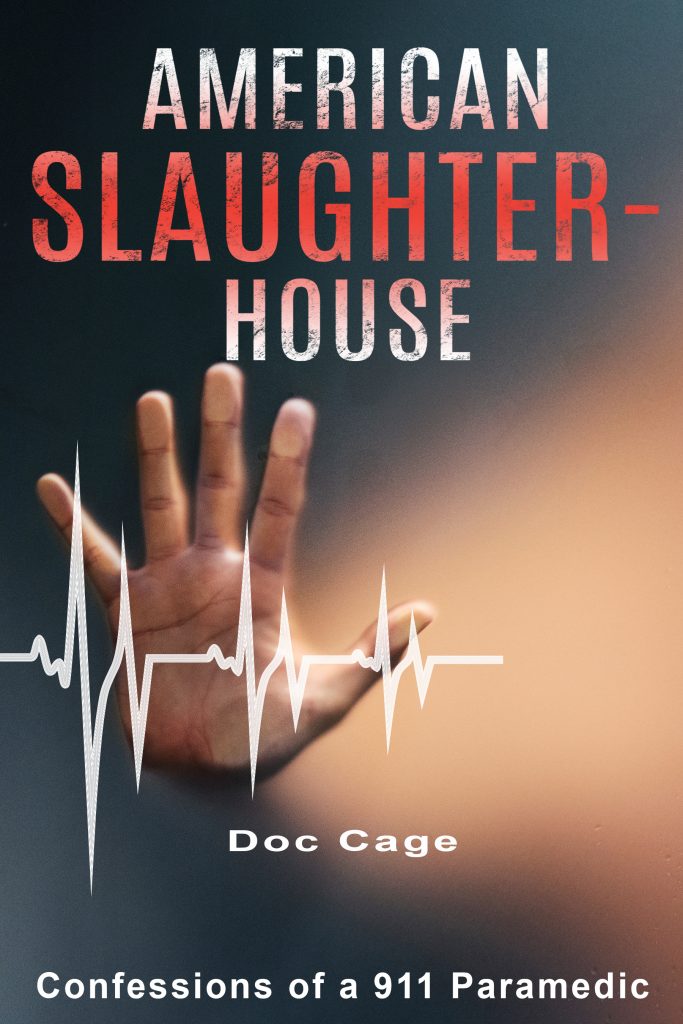 American Slaughterhouse: Confessions of a 911 Paramedic poses a terrifying question: what if a first-responder that we depended on to save lives has in fact been abusing their power to demean, degrade and commit mass murder?

Doc Cage is the pseudonym for an author that purportedly died from COVID in 2020 after deliberately furthering the spread of the disease. After a terrifying first chapter that details a rape and strangulation inside an ambulance, Cage tells of the experiences that awakened the monster within him. Alternating timelines, the novel is a veritable highlight reel of time and place ranging from his childhood at home, to a stint in a drug cartel, the September 11th attacks and a tour as a combat medic in Afghanistan.

Among the most stirring scenes takes place after Doc’s mother, whose maiden name is “Cage,” is sent to a psychiatric hospital. Doc, already filled with murderous tendencies, is alone with his father, and is clearly on the edge of transformation: “I have the upper hand. It’s me who is the boogeyman… I look at the pitiful fool, and decide that he’s too old to beat up…Instead, I erase him from my life.. I will change my surname, and wipe ‘Rivera’ from my existence.”