The Bottom Line: Get in on the ground floor of this engrossing small-town crime thriller. Highly recommended for fans of C.J. Box and Craig Johnson. 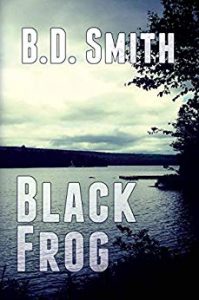 Meanwhile, Investigator Anne Quinn is looking into a series of bizarre assaults on women. The victims have been branded, and the marks appear to indicate a possible sequence of victims from a serial offender.

Smith isn’t merely content with the threat of double perpetrators in this simmering crime thriller. The last time we saw Batemen, in Smith’s excellent The Ice Maiden, his personal life was in disarray. His son had died in a freak accident, and his wife, Beth, had left him. This time, Beth has moved back in with Doug to work on her marriage, and she’s pregnant. More critically, she has requested that Bateman break off communication with Quinn, calling her a “disruptive influence.” Given the evident parallels between their respective investigations, that’s going to be extremely difficult to do. The two embark on a fragile working relationship that raise the stakes not just for them, but for both investigations. The result is a novel that fires on all cylinders.