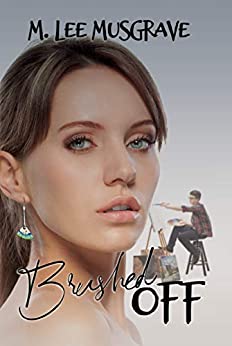 Is there a serial killer at work in Los Angeles, or just someone particularly motivated by greed, jealousy or love? Whichever the case, why has the killer chosen the LA art scene as his hunting ground? LA homicide detective Cisco Rivas, and his unlikely partner, public TV host James Terra, team up to form an unlikely crime-fighting duo in this highly original whodunnit.

Author Lee Musgrave tells the story from James’ darkly comic point of view. That makes for entertaining inner dialogue, since James is not only highly perceptive and eloquent, but also as catty as they come. James, who is also a frustrated painter, understands the ins and outs of a community that is brimming with backbiting, ego and competition for buyers. At times, such as when he sees the book’s first corpse, he can be both hilarious and callous: “He looked exhausted, as though he’d copulated with every painting he ever sired.” Musgrave has also given him some endearing characteristics. His athletic activity of choice is race-walking, and his constant companion is his relentless dog, Duchamp.

Cisco, meanwhile, is a perfect straight man to James’ eccentric perspective. Cisco barely blinks when James tells outright lies (“My last show, over at the Balladeer Gallery, was a big hit”), yet he’s not afraid to call James an arrogant art snob when he comes on too strong. While Musgrave’s other characters – such as the pornographers, actors and even extras – add terrific atmosphere. But the chemistry between James and Cisco elevates what might otherwise be a straightforward murder mystery into something memorable.

Musgrave, himself a National Endowment for Arts Fellowship recipient, brings a world he knows well to life from cover to cover. In the end, his wordcraft pays off in the form of a fast-paced and satisfying mystery that, at just under 200 pages, can be enjoyed on a long flight.