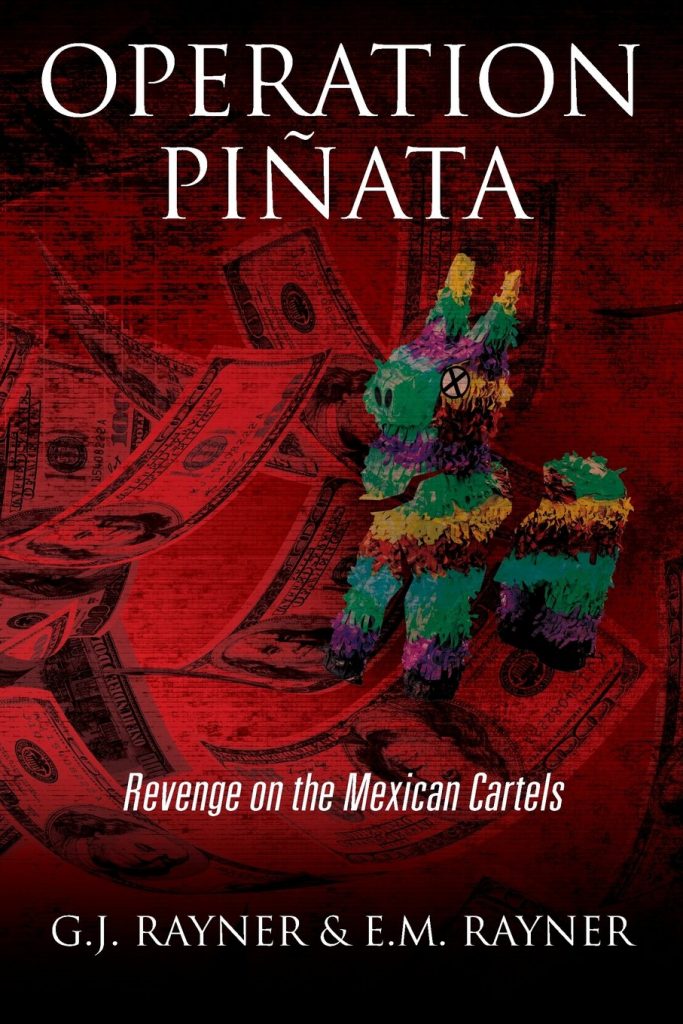 Set in 2001, the second novel from G.J. Rayner & E.M. Rayner once again focuses on the work of OMNICRON, a Christian security contractor and intelligence organization specializing in black ops. In Operation Piñata, OMNICRON comes to the aid of Roberto Gomez-Myers, Deputy Attorney General of Mexico, after his wife is murdered by the Acapulco Cartel.

Although Gomez-Myers is wealthy and influential, enlisting OMNICRON might be a stretch if it were not for his long relationship with OMNICRON CEO Reverend Michael J. Cabott. The two weren’t just schoolmates at Texas Christian University – they also competed for the hand of Roberto’s late wife, Elena. Given their history together, Cabott isn’t simply satisfied with blood revenge. He’s determined to see the cartel destroyed physically and financially.

For anyone who has ever wished Mexican drug cartels would reap what they sow, Operation Piñata will provide hours of glorious entertainment. Although the dialogue is occasionally clunky, and the outcome is never in doubt, the journey is a rich investigative procedural with plenty of military action. What really distinguishes this book from others in the genre is the focus on the communities affected by the work of both OMNICRON and the cartel. Throughout, the Rayners juggle a huge cast of characters, but thankfully, they include a full character list at the beginning of the novel, just another contributing factor that makes Operation Piñata is a satisfying follow-up to Taurus Taurus Taurus.

The Girl With The Black Mark, an Irresistible Terrorism Thriller by Shawn Raymond Poalillo
Lincoln Park, an Enthralling High-Stakes Mystery by James Westergreen