The Bottom Line: T.K. Ambers is a fresh, fun voice in the mystery genre, and her sophomore effort is a must-read for fans of the Runway Dreams series. 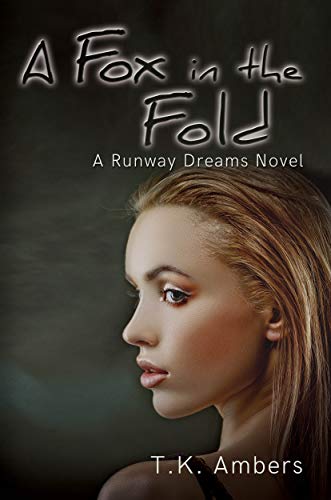 Count us among fans hoping that T.K. Ambers would return the cast of her addictive mystery Runway Dreams for a sequel, and we’re delighted to find that our wish has been granted.

Picking up right where Runway Dreams left off, siblings Bernie, Alex, Bell and the gang are thoroughly traumatized. Tragedy has forced the sibs to take ownership of both the Price & Fitz Modeling Agency and the department store, and they’re all camped out at gay model Alex’s house. Meanwhile, fellow model Bernadette hasn’t left her bedroom for three weeks.

Just when the family starts to let their hair down, courtesy of an impromptu dance party (cue “Turn Down for What”), a baseball with a note attached to it crashes through the living room window.

Ominously, the note reads “Peacetime is over.”

Meanwhile, an organization called the United Intelligence Agency (UIA) has ties to people close to the family. Figuring out how it all pieces together, and whether a certain villain is waging war from behind bars, is a large part of the fun.

It’s impossible to say more about the plot without spoiling the ending of the series opener. To get a detailed sense of the characters’ identities, and why they’re in their current predicament, readers should start with Runway Dreams, as A Fox in the Fold is essentially a continuation of the original story. Overall, the tone of T.K. Ambers’ second outing is naturally more ominous, but the over-the-top family dynamics remain highly entertaining. Whether referring to each other as “princess,” “sailor” or “donut boy,” or imagining themselves as prairie dogs alerting each other of imminent danger, the cast remains a true original.