The Bottom Line: An entertaining thriller about the power of cult leaders, and a must-read for fans of Once Upon a Time in Hollywood. 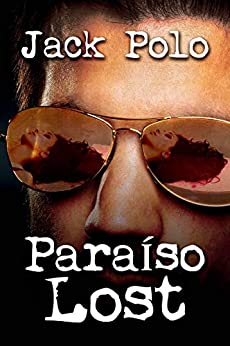 Seventeen-year-old Charlene Dillard is a straight-A student with lush blond hair, Icelandic blue eyes and a seductive smile. According to her parents, billionaires Charles and wife Oksanna, she’s also been missing for 13 months. The teenage runaway’s status has purportedly been kept on the downlow so that the board that runs Dillard’s company wouldn’t be concerned.

The power couple hire private detectives Singer & Wade (who also sell real estate as a second business) to find their daughter. But storyteller and protagonist Matt Singer is immediately suspicious (Your only daughter leaves home, or was abducted or worse, and more than a year later you’re thinking now it might be too late?). Thankfully, Singer’s network proves to be a big asset. With the help of an MIT-educated computer scientist, he finds the location of “a church that doesn’t exist” in the Hollywood Hills that may be linked to a shady cult leader and Charlene’s disappearance.

The Temple of The Blood of Christ is led by cult leader Brother Jordan. But just when you think the novel is simply a modern-day repackaging of the Charles Manson story, author Jack Polo offers this delicious twist: Jordan is actually FBI Special Agent Jon Michaels. But if that’s true, then Jordan is one of the most gifted undercover agents of all time. Chilling moments ensue as cult members reveal vulnerabilities like, “When the Temple found me, I abandoned all connections to the past, including my unclean name.”

Polo doesn’t steal anything from Quintien Tarantino’s Manson-inspired novel and film Once Upon a Time in Hollywood, but his crackling dialogue will resonate strongly with fans of the auteur (there’s even a nice reference to Tarantino’s True Romance here). And while Singer’s narration feels authentic, he’s also one crude cat. His dialogue is liberally spiced with profanity, and in a moment where he appears to have no sympathy for the singers or their daughter, he deems the teenager’s lips “fellatial.” But Singer’s insights consistently surprise, and readers who learn to like him will be in for an entertaining journey.