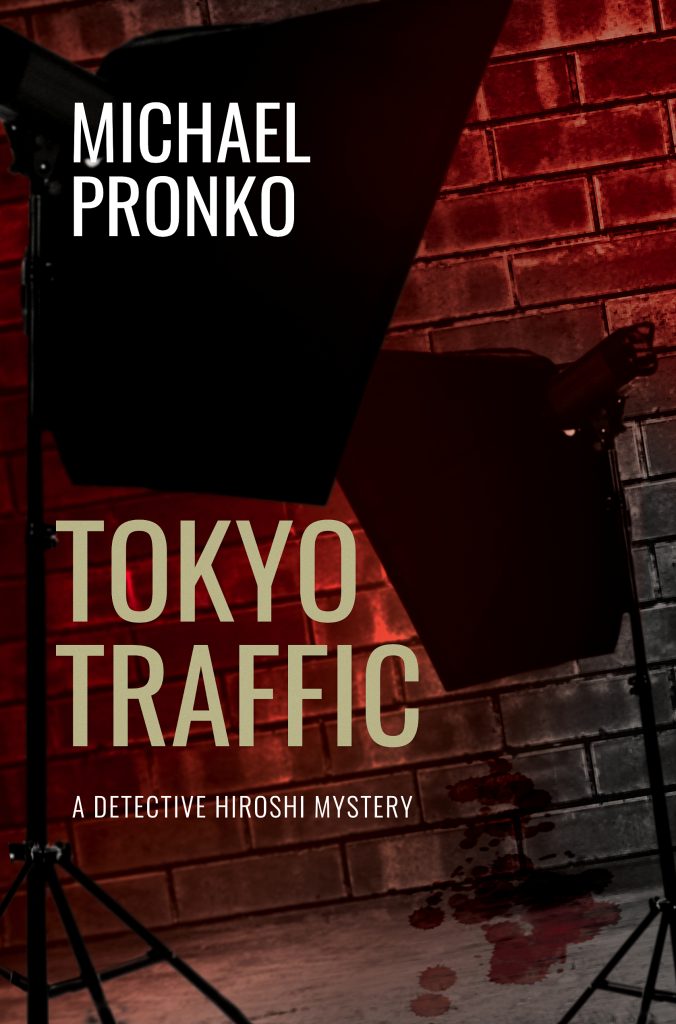 When Detective Hiroshi arrives to survey the crime scene, he discovers that one of the dead is a bureaucrat in the Ministry of Finance. He also finds a folder filled with passports for girls from five different Asian countries. What was the motive? Who would target foreign girls, a well-known film director, and a bureaucrat all at the same time?

While Pronko reveals the key players behind the crimes right from the start, riding along with Hiroshi as he meticulously hunts them down is intensively satisfying. Along with his forensic study, he employs a good deal of old fashioned shoe leather, and that’s where the novel’s texture really shines. Hiroshi’s Tokyo is an extremely evocative universe, and the places he visits in the course of the investigation – ranging from his favorite jazz-themed coffee shop to a basement nightclub or the cobblestoned Kagurazaka shopping district – are drawn with just enough sensory detail to induce the imagination without slowing the book’s perfect pacing.

With Tokyo Traffic, Pronko further establishes Hiroshi as one of the most distinctive and intrepid detectives in contemporary crime fiction.

The Hiding Girl, One of the Year’s Best Thrillers
Code of the Assassin, an Essential Assassination Thriller by Bill Brewer